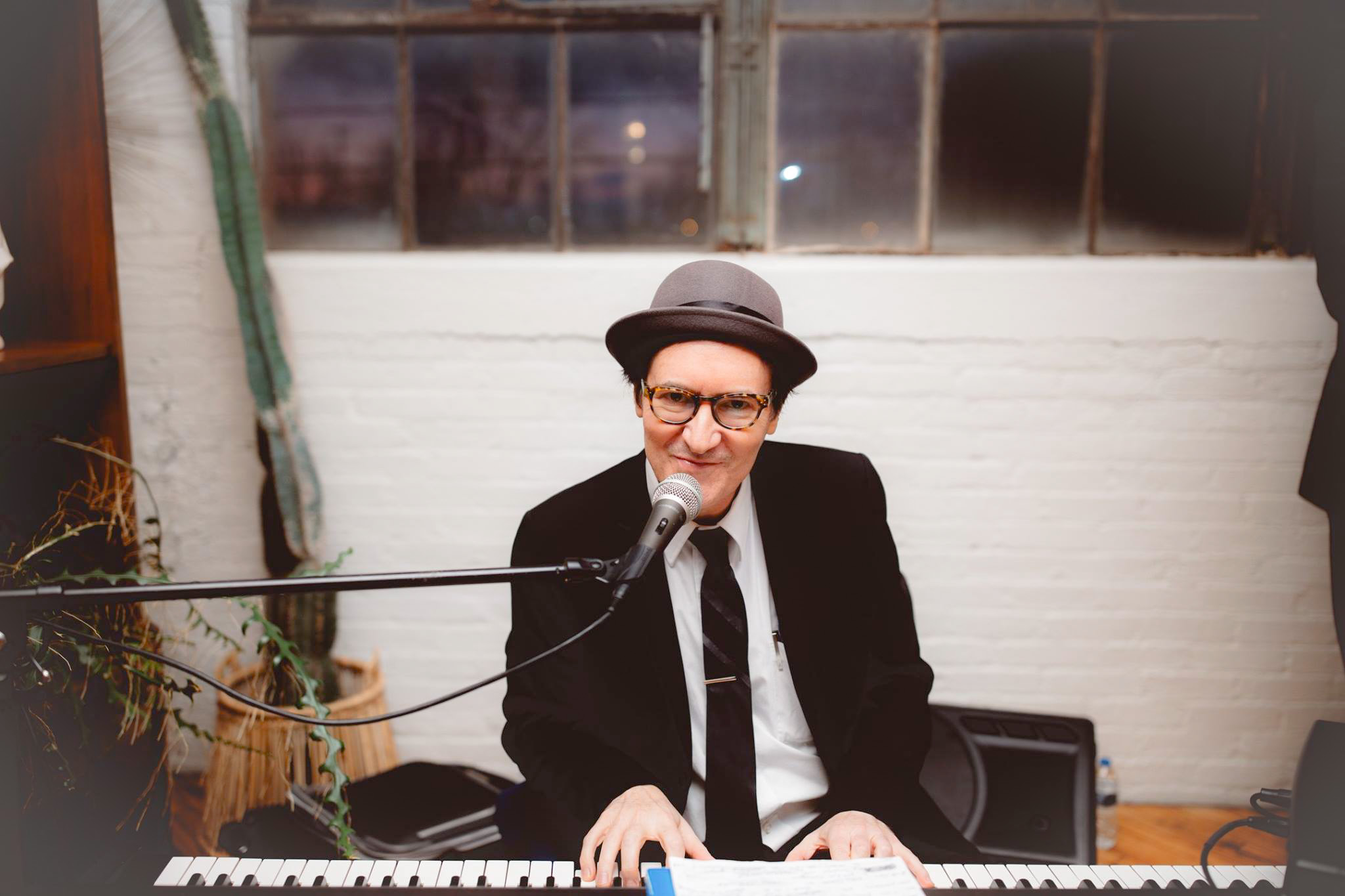 Communicate with Exalta Health patient John Shea and you can quickly see his passions as a jazz musician.

In an email exchange, for example, there’s a swing and a creative freedom in his punc- tuation and capitalization (or lack thereof). So it’s no surprise when you learn that John, a Battle Creek native, has been a working musician for decades now, going back to his ninth-grade year at W.K. Kellogg Junior High when he started playing shows for Battle Creek Civic Theater.

Later, as a literature major at Olivet College, he played in a variety of musicals and then, he says, his big break came when he was hired to play five nights a week with Bennie Carew at the old Harley Hotel in Grand Rapids, near the intersection of Cascade

Road and East Paris Avenue. Although that hotel no longer exists, Shea contin- ues to ply his trade in a variety of venues across Michigan as leader of the John Shea Trio, including on his own Facebook page @JohnSheaMusic.

As a self-employed musician though, he has no health insurance. A decade or so ago a friend recommended Exalta Health. And, as they say, together John and our staff began to make beautiful music. He recently recalled that first visit.

“I came in at 1 pm,” he said, “and I hear the medical team praying together in the back room, asking to be guided to help heal with caring and kindness and compassion.”That faith note struck a chord with him, and he’s been with us ever since.

“Dr. Laura got me started,” he said. “A bril- liant, no-nonsense lady. My primary is now Dr. Chris Shoemaker. He’s a wonderful man who’s been there for me through thick and

thin. I get counseling too there with Hannah, a very gentle soul who’s a great listener and very helpful.”

John recalled other markers on the journey, too. The volunteer contractor who was bringing in donated furniture and fixing the paneling in the lobby. The families he saw who would’ve been turned away probably if not for Exalta.

And he spoke glowingly of eventually be- coming a dental patient, “even getting a root canal I could’ve never paid for elsewhere,” he said. For John, Exalta Health is more im- portant than ever now.

“It is medical care not based on the almighty dollar,” he said. “It’s based on kindness, compassion and spiritual values that say people first, that say everyone deserves great medical care regardless of lack of money or status in society.”

The Latest from Exalta Health

We’re working towards more equitable healthcare in West Michigan.
Sign up for our newsletter to receive the latest.
Join the Newsletter